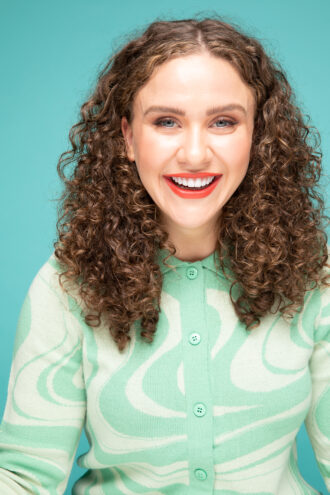 Hailing from South Australia, Alex Hosking is signed to an international deal with Sony Publishing and Warner Records and has written over 1000 songs in the past three years, for top-charting artists internationally.

Alex specialises in the art of songwriting and has industry advice for young artists and writers wanting to grow into that professional space.

Alex’s first released song Fake Friends with Dj PS1 went to number 19 on the official charts and sold over 600,000 units making it a gold record. Fake Friends was a viral hit on Tiktok and was played on radio across The UK, Europe, and Australia daily for the whole year of 2020.

Alex brought 2021 in by writing a follow-up single for PS1 and herself called Life Goes On. Peaking at Number 41 on the official charts the song was played all across The UK, Europe, and this time as well in America peaking at number 5 on The Billboard Dance Charts.

As a mentor at The Studio, Alex specialises in developing artist projects, songwriting skills, vocal style and performance. 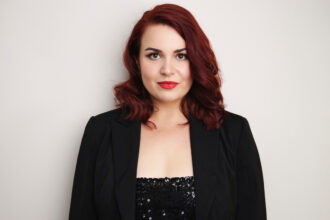 Holding a Bachelor of Music in Classical Voice (Performance and Pedagogy) from the Elder Conservatorium of Adelaide, Amelie completed her Level 1 and 2 courses in Estill Voice in 2021.

Amelie’s professional performance work includes Carmen (2019) and Carmina Burana (2020) with the State Opera of South Australia as well as successful tours in Australia and the US, where Amelie was invited to sing at the Soho Playhouse in New York City.

Her credits as a vocal director for youth theatre include High School Musical 2 (2016), Hairspray (2018) and Mary Poppins (2019). Amelie has also produced and performed original music in Cabernet the Cabaret (2019) and Cabernet Refined (2020) at the Adelaide Fringe Festival. She celebrated her solo cabaret debut with her original show Retail Reality (2021) at the Cabaret Fringe Festival.

While she specialises in classical voice, Amelie also has a strong background in musical theatre, jazz and contemporary music. She has worked with renowned opera singers, musical theatre composers and Broadway stars from around the world.

Amelie’s ability to inspire, guide and nurture talent has led to consistently outstanding results for her private students and vocal ensembles, making Amelie one of the most sought after young vocal coaches in Adelaide. 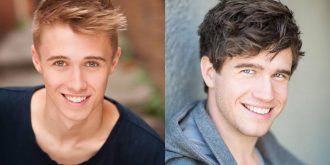 Nick Hedger & Ben Nicholson are WAAPA trained Music Theatre professionals based in Melbourne, having completed their Bachelors of Musical Theatre in 2012 and 2013 respectively.

Since then, as well as founding and running “Home Grown”; the home of Australian-made Musical Theatre, the pair busy themselves writing, directing, producing and performing around Australia. At Home Grown the pair produce and direct showcases of new Australian made Musicals as well as convene and direct a program of readings for feedback from panel of industry experts. A concert of their own original work was presented as part of the week of Chapel Off Chapel’s 20th Anniversary celebrations.

Nick and Ben’s first original piece, “Hook Up”, opened to rave reviews, was accepted as part of the New Musicals Australia program at the Hayes Theatre Co in Sydney and was performed at the National Theatre by Patrick Studios Australia Music Theatre in 2014.

Since then they have joined the staff at PSA working with both the Academy and the Music Theatre students; directing and musically directing productions of Bring It On! the Musical (2016), Rodger’s & Hammerstein’s Cinderella (2017), Finding Neverland (2018), Tarzan (2018) and Chicago (2018). Ben and Nick will be appearing together in the upcoming season of ABC drama “Glitch”. 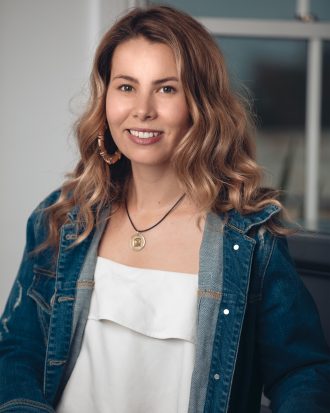 Holding a Bachelor in Popular Music and Creative Technologies Cate Dyer is a three-time recipient of the directors award at the Elder Conservatorium and a BAST accredited vocal coach. Cate’s knowledge and enthusiasm for self production as a tool for artistic and creative development is evident in the many students empowered through her tuition to set up and operate home recording facilities.

With a specialty focus on music theory for the contemporary singer and performer, Cate’s services include equipping students with the theoretical knowledge to enhance independent songwriting potential and the language to communicate their ideas to others in professional and live music settings.

Cate has an outstanding reputation for challenging her students to create, perform and develop genuine connection and presence on stage.

As an artist she has supported many International and National acts, the most recent being Seth Sentry, Hilltop Hoods, G Flip and Illy, and her journey as a performer and educator has taken her across Australia and Europe, as well as to Ethiopia and Zambia to deliver musical instruments and lessons to orphans and severely disadvantaged children.

Performing regularly as the lead singer for several professional bands as well as writing and producing original soul, hip hop and R&B music, Cate brings a rare vocal intelligence, professionalism and creative flow to the studio; skills she is passionate about passing on as a vocal coach. 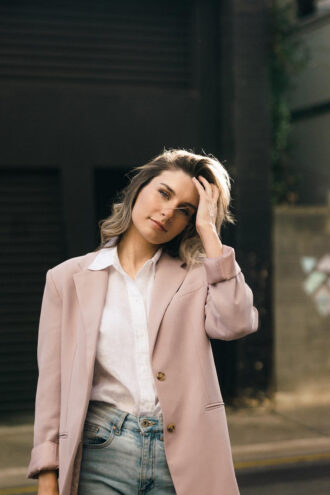 Chelsea McGuinness is an award winning vocalist and vocal coach. She holds a Bachelor of Music (Jazz Performance) from the Elder Conservatorium, receiving the Rob Lyons Top Voice Undergraduate award upon the completion of her studies. Chelsea has also achieved the Figure of Proficiency certification in the Estill method.

In 2016, Chelsea was presented the Generations in Jazz award ‘Most Promising Jazz Vocal Soloist’. In both 2018 and 2019, she was selected as a Generations in Jazz Vocal Scholarship finalist by world renowned jazz musician & founder of GIJ, James Morrison. This gave Chelsea the opportunity to receive mentorship from internationally renowned vocalist Liz Wright and Grammy award-winning vocalist Kurt Elling, who described Chelsea as having “a really special gift”.

Chelsea has performed with many of South Australia’s finest musicians, including ARIA award winning guitarist James Muller and Australian virtuoso Paul Grabowsky. She currently leads the James Muller and Chelsea McGuinness quartet, and earlier this year she was a guest vocalist for one of her mentors, Anita Wardell at The Green Note in London.

A BAST accredited vocal coach since 2019, Chelsea has also completed advanced training in the Estill method, funded by the Helpmann Academy. After completing her level 1 & 2 training in the method, Chelsea gained the Estill Figure of Proficiency certification in 2020.  Chelsea’s vocal students achieve success across many genres of music including music theatre, contemporary and jazz. She has a particular strength in teaching aural skills and jazz improvisation, and she also enjoys mentoring various award-winning vocal ensembles with a focus on complex harmony and blend. Chelsea is exceptionally grateful to be a part of the team at The Studio and Star Factory. 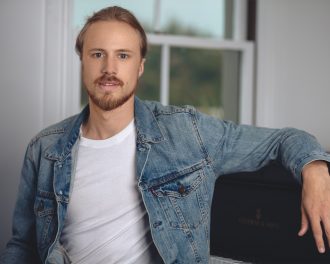 Logan Watt is a highly sought after pianist, tutor, composer and producer. He has toured the country and internationally as a band musician and piano accompanist.

He toured Australia with the 2016 Australian production of ‘Little Shop of Horrors’, and went on to fulfil the role of Assistant MD on Dusty the Musical in Adelaide at the Festival Theatre.

Logan holds a bachelor of music in jazz performance (honours), and a Diploma in Creative Arts (Music and sound for film). He also teaches students in both Logic Pro and Ableton Live. 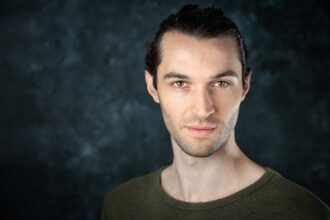 A highly accomplished musician, actor and songwriter, Max is a versatile performer and mentor, specialising in guitar tutoring, acting coaching and performance style.

A graduate from the Acting course at Adelaide College of the Arts, Max has worked extensively in theatre including with the State Theatre Company of South Australia, as well as in film & TV projects.

As a musician, Max has performed at the Adelaide Guitar Festival, the WOMADelaide music festival and Summer Sounds Festival with local singer/songwriter Stellie and has supported well known Australian acts such as Lime Cordiale, G Flip and Winston Surfshirt.

A regular performer in both the acting and music industries as well as a song and scriptwriter, Max brings a broad range of skills together in helping students develop their artistry, performance style and ability to self-accompany. 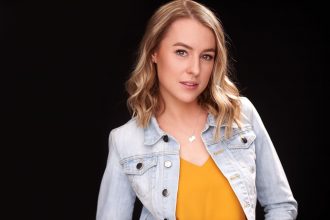 Highly experienced in working with young performers, Maya specialises in music theatre repertoire and audition preparation, with a focus on confidence building. In 2021, Maya certified as a Vocal Health First Aider, through Vocal Health Education UK.

Holding a Bachelor of Primary Education (R-7) and a Bachelor of Arts (Drama), Maya is passionate about creating learning environments that foster success in an engaging and enjoyable way.

Maya’s experience in education and knowledge of effective teaching practices, combined with her music theatre background gives her the ability to provide positive and meaningful coaching and mentoring to young singers. 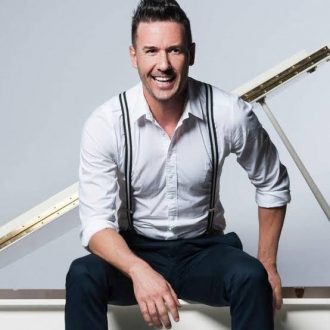 Michael graduated from the Western Australian Academy of Performing Arts (WAAPA) with a Bachelor in Music Theatre in 1999 and has a Diploma in Music Composition.

He won the Helpmann Award for Best Cabaret Performer in 2016 for his Cole Porter tribute and was nominated for a Green Room Award for Best Supporting Actor for his performance as Bob Crewe in Jersey Boys. He has also appeared in Priscilla Queen of the Desert, We Will Rock You! and Shout!

His acclaimed cabaret shows In Vogue: Songs By Madonna, Sweet Dreams: Songs By Annie Lennox, Lucky: Songs By Kylie, Adolescent and Livvy & Pete have delighted critics and audiences across every cabaret festival in Australia and beyond to New York, Los Angeles, San Francisco, London, Hong Kong, Auckland and Edinburgh Fringe where he has received five star reviews and standing ovations.

He co-mentors the annual Class Of Cabaret programme presented by the Adelaide Cabaret Festival and he is musical director for Carlotta: Queen of the Cross. 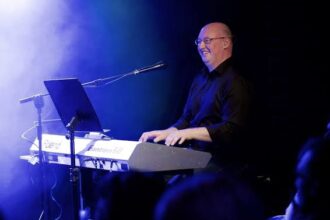 With over two decades and 70+ shows worth of experience behind him, Peter has established a position as an in-demand music director and repertoire coach in Adelaide. He has a particular passion for helping performers interpret and shape their performances in a way that brings out their best vocally and musically whilst placing storytelling front and centre. Peter is currently a music director, repertoire coach, and production manager for the music theatre degree at Adelaide Uni.

Career highlights have included music directing Next to Normal, Avenue Q, Violet, Beautiful, The Story of my Life, Urinetown, Les Misérables, and The Light in the Piazza, as well as forming his own production company, Irregular Productions, which co-produces Broadway Sessions, Adelaide’s monthly music theatre performance and curated open-mic night.

With his company, Peter has also staged the South Australian premieres of Songs for a New World, [title of show], and Edges and co-produced a new production of Godspell with Lydian Productions.

Outside of theatre, Peter is the music director of Australia’s second-largest candlelight carols event, Civic Park Carols, broadcast locally on Channel 9 where he has worked with artists including Rachel Beck, Justine Clarke, Guy Sebastian, Jessica Braithwaite, Young Adelaide Voices and contestants from The Voice.

As an accompanist, Peter has worked with a number of Adelaide based choirs and vocalists, which has led to touring America, Europe, and the United Kingdom. He also has extensive experience accompanying for voice exams and cabaret shows. 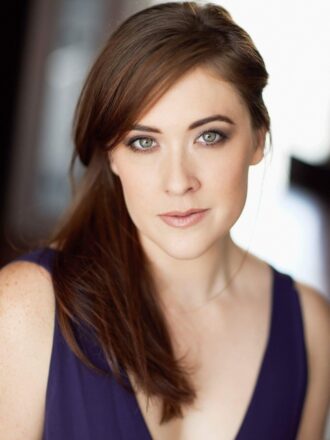 Sophie graduated from the Western Australian Academy of Performing Arts (WAAPA) in 2014 with a BA in Music Theatre. Her training highlights include lead roles in HAIR, Reefer Madness and performing with Hugh Jackman as well as working with many highly regarded creative professionals in Australia. She has since travelled the world as a professional performer, most notably as a Lead Singer on Royal Caribbean Cruise Lines. In Australia, Sophie has worked in New Musical Theatre Development in Melbourne and regional tours in Western Australia.

Sophie has been mentored by Studio director Kirsty Roberts since the age of eleven as well as many wonderful teachers all around the world. Their passion, knowledge and support is what encouraged her to pursue coaching and mentoring herself.

Highly experienced in the music theatre and contemporary genres, Sophie specialises in audition and performance coaching. A BAST accredited singing teacher, she is keenly interested in the link between music and well-being and the importance of vocal health.